Fever or Headache | RM PARAMAX (Ibuprofen+Paracetamol) 325MG/200MG TAB | RiteMED
We use cookies to ensure that we give you the best experience on our website. By continuing, to browse our site, you are agreeing to our use of cookies.
Read more
I-type ang gamot na nais mong hanapin
I-type ang iyong lokasyon.
Saan niyo gusto bumili ng gamot? 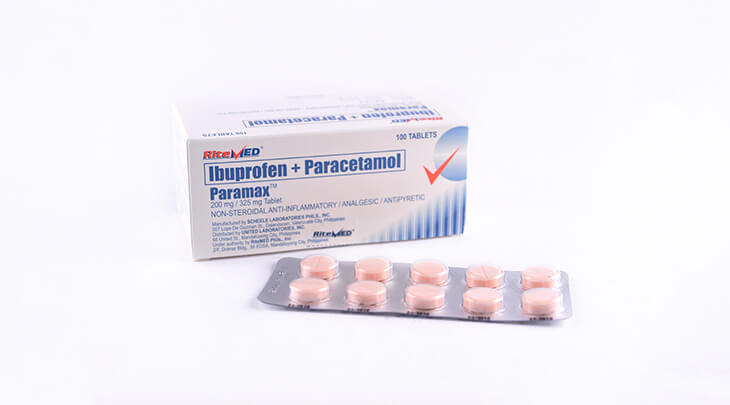 For the relief of mild to moderately severe pain of musculoskeletal origin such as muscle pain (myalgia), arthritis, rheumatism, sprain, strain, bursitis (inflammation of the fluid-filled sac or bursa that lies between a tendon and skin), tendinitis, backache, and stiff neck.

Adults and Children 12 years and older:  1 tablet every 6 hours as needed, or, as directed by a doctor.